The Tax Act Can Pay You Back... for your New Dental Office?

Rick Epple of Epple Financial Advisors explains how dentists the tax act can pay you back...

President Obama signed the American Recovery and Reinvestment Act (ARRA) into law on February 17, 2009. The new law includes significant incentives to encourage equipment purchasing this year. You may be asking yourself, is there any benefit to me? The short answer is “perhaps”. With some quick planning and implementation, you could realize a sizeable benefit.

The Act creates an opportunity for dental practice owners to greatly accelerate cost recovery of qualifying equipment put into service in calendar year 2009. By taking advantage of the provisions, dentists can reduce taxes considerably.

The ARRA extends for one year the small business expensing levels in Section 179, which are very generous. In 2009, a dental practice can expense up to $250,000 as long as its qualified equipment purchases do not exceed $800,000, the amount that can be expensed decreases by one dollar, so that a practice that makes $1,050,000 in total purchases will not be able to expense anything (but could still claim the depreciation bonus).

The ARRA also extended for one year (i.e., through the end of 2009) the 50 percent bonus depreciation first created in February 2008. Dental practices that buy equipment in 2009 will be able to depreciate an additional 50 percent of the costs of assets placed in service this year. Only new equipment is eligible, but “new” has a liberal interpretation.

How It Can Work

The ABC dental practice purchases and places in service equipment (five-year property) and office furniture in its calendar 2009 tax year having a cost of $800,000, which will be subject to the half-year convention. ABC will elect to expense $250,000 under Sec. 179, leaving the machinery with a remaining depreciable basis of $550,000.

Accordingly, dental practice ABC is entitled to a total expense and depreciation deduction of $580,000 in 2009 on its $800,000 machinery. The remaining $220,000 cost of the property is recovered after 2009 under otherwise applicable rules for computing depreciation.

In talking with dentists, the awareness level of the opportunity provided by the American Recovery and Reinvestment Act seem to be rather low. The Act provides tax breaks for dental practice owners to create jobs by making it attractive to invest in their practices.

However, lower taxes should not be what drives the decision making process. First and foremost, the capital improvements needs to make sense from a business and return-on-investment standpoint.

There is not much time to complete the project(s) in 2009 and to benefit from the tax breaks afforded by the ARRA. Therefore, dentists should consult with their tax advisors as soon as possible to take full advantage of the provisions the Act provides.


Posted by Unknown No comments:

Do You Need Dental Practice Management With Scalable Flexibility?

My goal as a dental consultant is to find the right resources for my clients to achieve success. There are three basic elements that I see as important: flexibility, consistency and pragmatic implementation.
Recently, I was contacted by a person who fit those criteria as well as having the expertise to move forward efficiently for my dentist clients. Her name is Claudia Walters; her consultancy is focused on dental practice management... 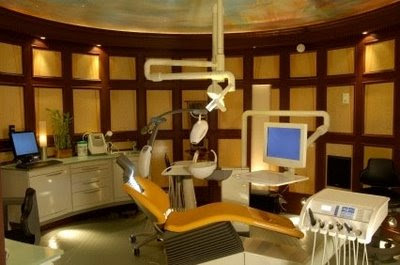 Flexible, Scalable and Affordable Practice Management Consulting
Get the experience and flexibility your dental practice needs in this economic environment. Claudia Walters has over 20 years in dentistry and has the expertise to develop the systems required to help your dental office thrive.
Claudia has a flexible dental office program from a financial and logistical standpoint that is also comprehensive and efficient. She is very knowledgeable about dentistry and how dental offices work. She will move you in the right direction with specific objectives and instructions.

With her consultant services, you will end the frustration of an inactivity and low productivity. Improve every office system you have, generate more dentistry, and increase revenues very quickly.

Claudia is a Professional Dental Management Consultant. She has worked one on one with dentists for over 10 years. She was a chairside assistant while attending the University of Detroit Dental Hygiene School.

She practiced dental hygiene for 18 years. Claudia received her management and consulting training from The Goldman Group, Professional Management Consultants and Brokers. Paul Goldman, president of The Goldman Group, has been a consultant in the health care profession for over forty years, and has worked with over fifteen hundred practices in a consulting capacity. 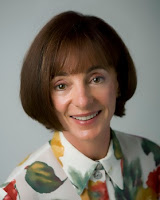 According to Paul Goldman: "I have had the opportunity to know Claudia Walters for twenty years. We trained Claudia for a year before she saw her first doctor. For nine years she worked for me and consulted with over five hundred doctors. I have received a number of referrals from doctors she worked with. If she were interested in moving back to Michigan, I would rehire her!"

Goldman and his chief consultant Henry Bechek, worked with Claudia for one year, on the road in over 100 practices. Subsequently, Claudia traveled on her own as a consultant representing The Goldman Group, to dental practices all over Michigan and Canada. Claudia believes in working one on ore with her doctors, and a team concept with staff.
Her objective is to create a highly productive yet relaxed environment where everyone knows their job description, yet each staff member helps one another. The environment developed will be where the doctor can concentrate on dentistry and feel confident that his dental practice is running smoothly.
Claudia's areas of dental expertise include new patient experience, phone coordinator, appointment book control, case presentation, collections, internal marketing, motivation communication, staff meetings and huddles, scripts, hygiene quarterly reviews, interview process, tracking progress, and more.

Claudia has been published in Dental Management and RDH Magazine and has designed a 4200 square foot office from the ground up. She is also listed in Who's Who in the World.

Dentists on TV & Radio: Be Seen, Be Heard, Be Profitable 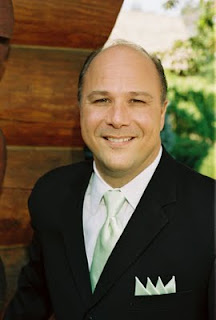 Matt Wagner, Owner of
RADIO & TELEVISION EXPERTS, LLC…“I have helped dozens of clients in many industries run successful campaigns on radio. That's my best niche. Through use of testimonials, jingles, dialogue spots and well placed schedules, I've maximized dollars and results. I can truly give neutral, unbiased advice on the best stations to use (unlike stations who will always steer you their way).”
A Few TV/Radio Campaign Answers...

How much does this cost?
It depends on what market you are in – the size of each radio stations approximate audience, coupled with demand on advertising inventory are what dictate rates. In addition, rather
than buying 20-30 commercials at random times, we narrow down the time frames considerably so dentists like you standout during peak times when the most amount of listeners can be impacted.

How long until I start seeing results?
In some cases, we've had responses the first day, but I ask for 8-12 weeks before we start gauging results. Radio and TV are different than other marketing. The audience has to transfer from ‘hearing’ you to actually ‘listening’ to you.
The beautiful thing is, once that happens, you'll get new dental patient referrals from people who have never met you, but only know you through media. If after 8 weeks you don't see noticeable results, I take a closer look and make any necessary adjustments. I don't like to lose, especially since it's hard to re-convince an audience.
How does R.A.T.E. make money?
As an Advertising Agency, I am awarded a discount from the media for bringing them the business – that is my compensation.

Get More Answers By Contacting Matt…

Matt Wagner of Radio And Television Experts LLC (R.A.T.E.)
Matt is a 16-year veteran of radio, has won national sales and writing awards and has created
for dentists practicing general cosmetic dentistry as well as sleep sedation dental treatment. Wagner will identify the best stations, negotiate the most effective times, and create compelling ad copy at no additional charge to what the radio would normally cost.

Get Linked to Your Dental, Dentistry Consultant

Other Sites You Should Know About